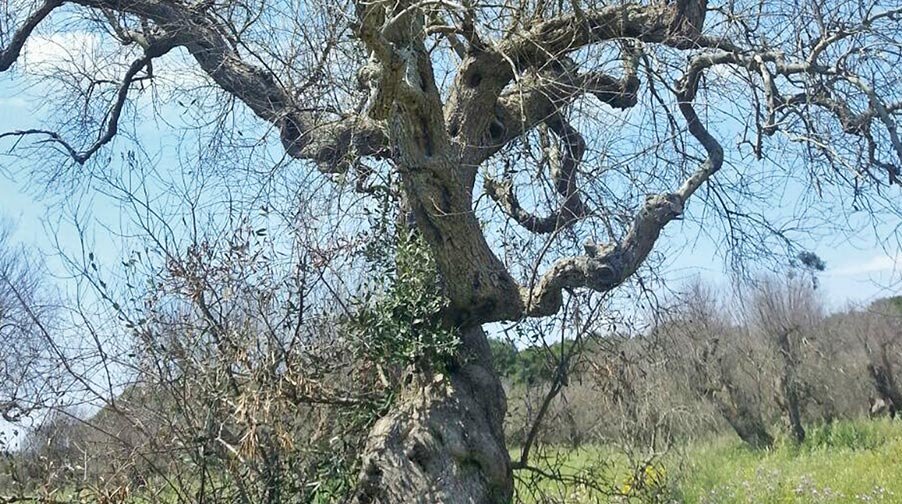 PREV-AM® Plus Helps in Olive Disaster

Italy has an area of 1.1 million hectares devoted to olive production which generates some 4.1 MT of olives. However the future of this valuable crop is being threatened and family businesses, that have been manufacturing olive oil for generations, could be ruined. 2014 was a terrible year for the olive crop – bad weather and an infestation of olive fruit fly were problems but growers are used to those and ride out the storm from year to year. What was not expected was the outbreak of disease that has been sweeping across the Salento region of Italy leaving olive trees denuded of leaves and gradually devoid of olives. The disease is thought to have arrived several years ago with plants imported from Costa Rica and it has already destroyed citrus trees in Brazil and vineyards in California. It now poses a real threat for European olive growers.

Xylella fastidiosa is a plant pathogenic bacterium that lives inside the xylem vessels of the host plant where it forms a biofilm that disrupts the passage of water and nutrients within the plant. Globally there are known to be a number of different insect species that are vectors of the bacterium, but the one which is sited as being the most significant in the Italian olive trees is Philaenus spumarius which becomes infected when feeding on a diseased plant. The bacterium, colonises and survives in the vector’s mouthparts so when it moves elsewhere to feed the bacteria is spread. Adult vectors remain infectious for life and being strong fliers can cover a large distances so spread of the disease can be quite rapidly.

In Italy the intention is to create a buffer zone in the Salento area in an attempt to prevent the spread of the disease to olive growing areas in the north of the country. In some areas infected trees are to be cut down whilst in other areas infected trees are to be pruned and surrounding grasses cut in order to better control the insects. As it takes seven years or longer for a new tree to produce olives, growers are concerned about having to cut down healthy plants  in order to produce a buffer zone. Learning to live with Xylella is likely to be the long term solution and one which has been successfully adopted in the Americas.

“Finding a solution to the olive problem in Italy will inevitably involve treatment to control the vector Philaenus spumarius,” explains Sabino Lorusso, Technical Services Manager for Oro Agri in Italy. “Many products with older chemistries

PREV-AM Plus rapidly biodegrades and is not persistent in the environment so is an excellent partner in any Integrated Pest Management (IPM) programme, it also helps in resistance management and in providing minimal impact on beneficials.

“This devastating olive disease is likely to spread into other olive growing regions but if growers know that there is an organic solution this could facilitate emergency registration of PREV-AM in other countries,” explains Sabino.

Oro Agri International develops and manufactures innovative biorational products using OROWET® technology for agricultural, turf and ornamental, and industrial applications worldwide. Established in 2001, the ORO AGRI Group started with a single product and has expanded its product range as well as its global presence. Today, the company serves customers in over 80 countries. The vision of the company is to grow shareholder value through continual innovation, development and commercialization of a broad range of highly effective, low environmental impact, biorational products providing competitive solutions to serve growers’ increasing needs to enhance yields and sustain crop health.